How do you feel about virtual reality? 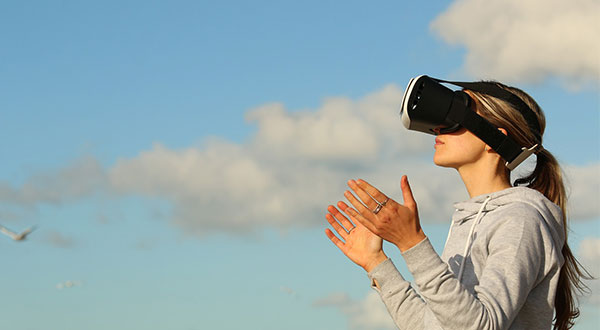 Virtual reality has developed further with the ability to start feeling what you see with a glove using haptic feedback. The VRgluv grew attention to itself when it reached $100,000 on Kickstarter in 56 hours. Not only is the product clearly gaining interest it is also compatible with both the HTC Vive and Oculus Rift two of the most

The use of this technology would add another dimension to the use of virtual reality whether that being in gaming or in therapy. The VRgluv CEO Chris Taylor said “Giving gamers the ability to use ‘virtual hands’ instead of button controllers is literally a game changer”.  To begin with, VRgluv want to establish itself in gaming before branching off into other sectors.

With complete hand tracking the VRgluv is able to replicate individual finger movement which they describe as “simple, elegant and accurate”. They also have positioned the controller on the wrist allowing for full rotation in game. The glove also has full force feedback which allows you to feel the virtual object in your hand taking your experience to the next level. To further improve the glove’s feedback, there is also force sensitivity with sensors for each finger providing feedback on the strength of the grip allowing you to feel the difference between soft and hard objects.

There hasn’t been an official release date for the VRgluv it is said that they will retail for $579 but those who give a pledge of $299 are able to receive the gloves for 40% off with adapter for the Vive controller, tracker and the Oculus Touch. Are you looking forward to the VRgluv when it’s released?